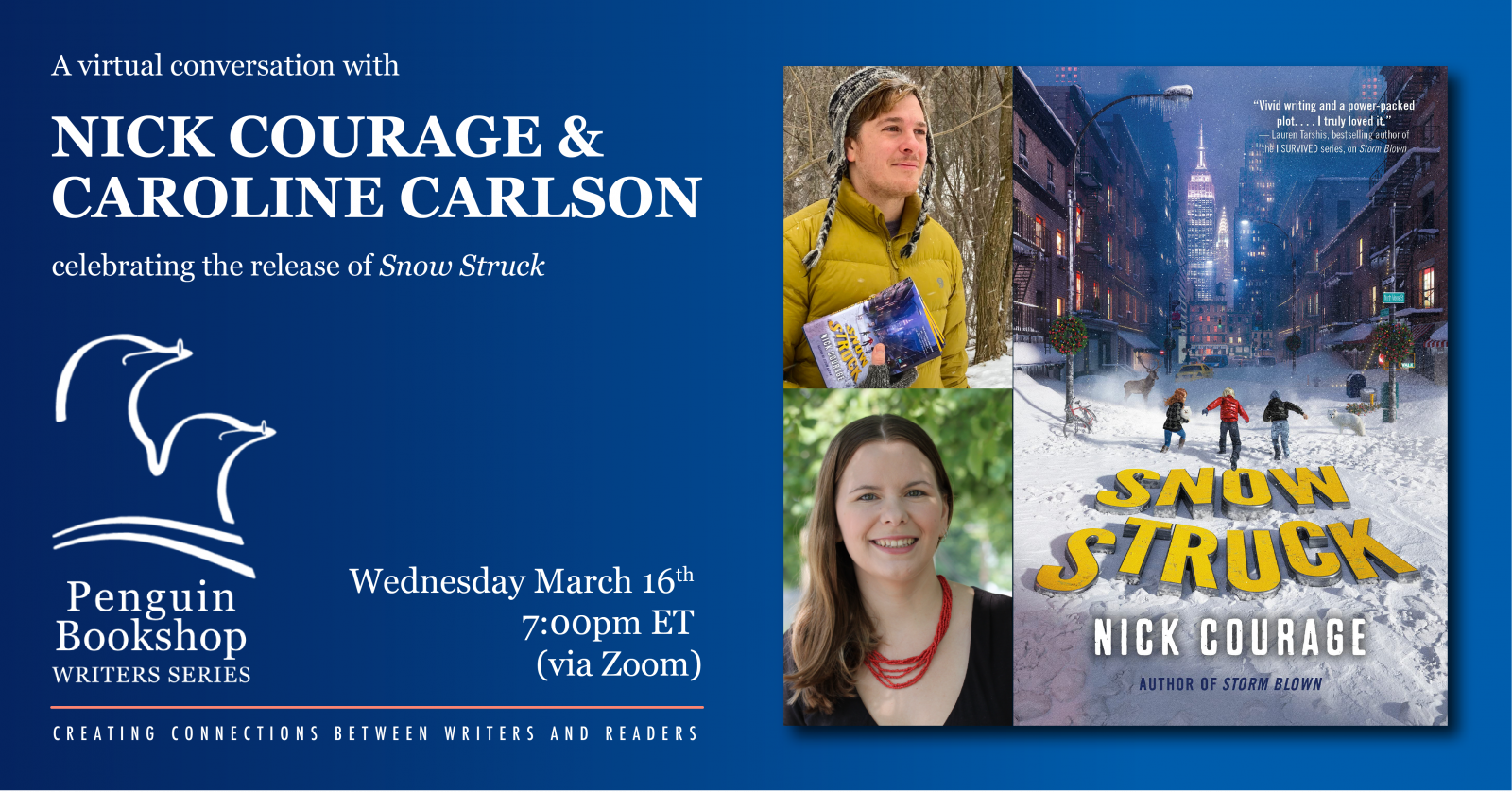 Join us for a conversation with Pittsburgh-based author Nick Courage to celebrate his new novel, Snow Struck! Nick will be joined by fellow author Caroline Carlson to discuss the book and writing middle grade fiction. The conversation should last approximately one hour, and will conclude with a Q&A from the audience. This event will be held virtually via Zoom, and advance registration is required.

Nick Courage is a New Orleans-born writer and aspiring skateboarder who splits his time between Brooklyn and Pittsburgh, where he lives with his wife and two cats. He is the author of Storm Blown, which School Library Journal called "a must-have." When he's not writing (or skating behind the library), Nick likes to ride his bike as far as he can--past the city, to the woods or the beach. Follow his adventures on Instagram and Twitter!

Caroline Carlson is the author of the Very Nearly Honorable League of Pirates series and The World's Greatest Detective. She holds an MFA in writing for children from Vermont College of Fine Arts and lives with her family in Pittsburgh, Pennsylvania. You can visit her online at www.carolinecarlsonbooks.com.

An historic blizzard is raging across the eastern seaboard, and three unsuspecting kids are about to find themselves smack in the middle of it! Perfect for fans of the I SURVIVED series who are looking for a high-stakes adventure!

Neither Elizabeth norher little brother, Matty, have ever been north of Georgia. They’re used to sandals and shorts, not boots and parkas. So when they fly to New York City to spend the holidayswith their cousin Ashley, they want to experience one thing: SNOW!

Ashley can’t wait to show her cousins how magical Manhattan is at Christmastime. But instead of a week of fun, what they get is an arctic blast that knocks out the power and plunges the skyscrapers into darkness. It’s unreal: the blizzard covers the Statue of Liberty in ice and topples the famous Christmas tree at Rockefeller Center!

When Ashley’s dog, Fang, gets lost outside, the cousins take matters into their own hands. . . and are caught in the storm’s dangerous path as they chase Fang across the frozen city. Can the little Pomeranian survive the cold, snow, and ice blanketing Manhattan? Can they?