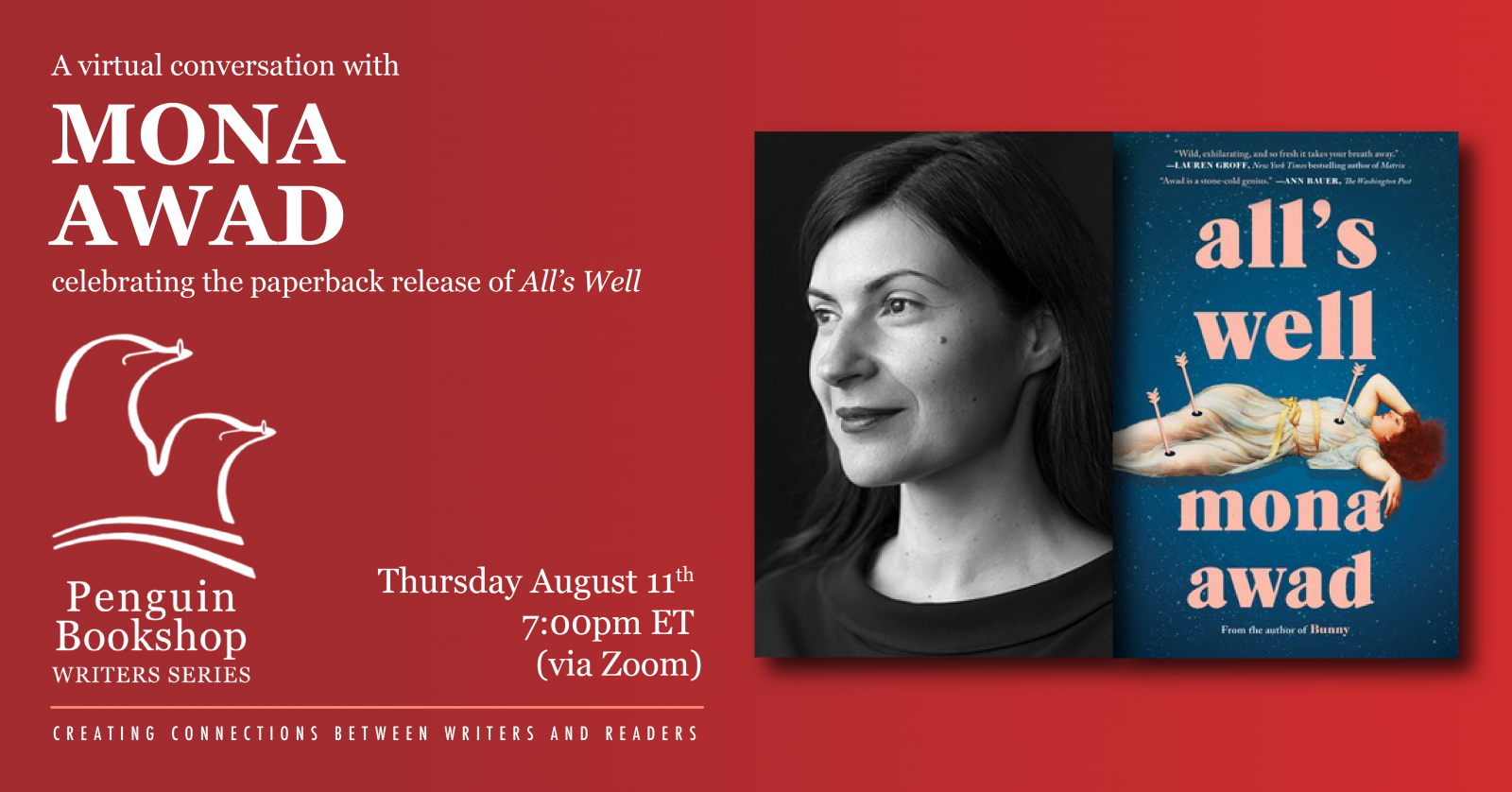 Join us for a conversation with Mona Awad, the author of Bunny and 13 Ways of Looking at a Fat Girl. Mona will be discussing her latest book, All's Well, which comes out in paperbook in August. The conversation will be hosted via Zoom, and will  be followed by a Q&A from the audience.  This event is free to attend, but advance registration is required.

Mona Awad is the author of Bunny, named a Best Book of 2019 by Time, Vogue, and the New York Public Library. It was a finalist for the New England Book Award and a Goodreads Choice Award for Best Horror. It is currently in development for film with Jenni Konner and New Regency Productions. Awad’s first novel, 13 Ways of Looking at a Fat Girl, was a finalist for the Scotiabank Giller Prize and winner of the Colorado Book Award. Her writing has appeared in The New York Times Magazine, Vogue, Time, McSweeney’s, Ploughshares, and elsewhere. She teaches in the creative writing program at Syracuse University.

From the author of Bunny, which Margaret Atwood hails as “genius,” comes a “wild, and exhilarating” (Lauren Groff) novel about a theater professor who is convinced staging Shakespeare’s most maligned play will remedy all that ails her—but at what cost?

Miranda Fitch’s life is a waking nightmare. The accident that ended her burgeoning acting career left her with excruciating chronic back pain, a failed marriage, and a deepening dependence on painkillers. And now, she’s on the verge of losing her job as a college theater director. Determined to put on Shakespeare’s All’s Well That Ends Well, the play that promised and cost her everything, she faces a mutinous cast hellbent on staging Macbeth instead. Miranda sees her chance at redemption slip through her fingers.

That’s when she meets three strange benefactors who have an eerie knowledge of Miranda’s past and a tantalizing promise for her future: one where the show goes on, her rebellious students get what’s coming to them, and the invisible doubted pain that’s kept her from the spotlight is made known.

With prose Margaret Atwood has described as “no punches pulled, no hilarities dodged…genius,” Mona Awad has concocted her most potent, subversive novel yet. All’s Well is a “fabulous novel” (Mary Karr) about a woman at her breaking point and a formidable, piercingly funny indictment of our collective refusal to witness and believe female pain.