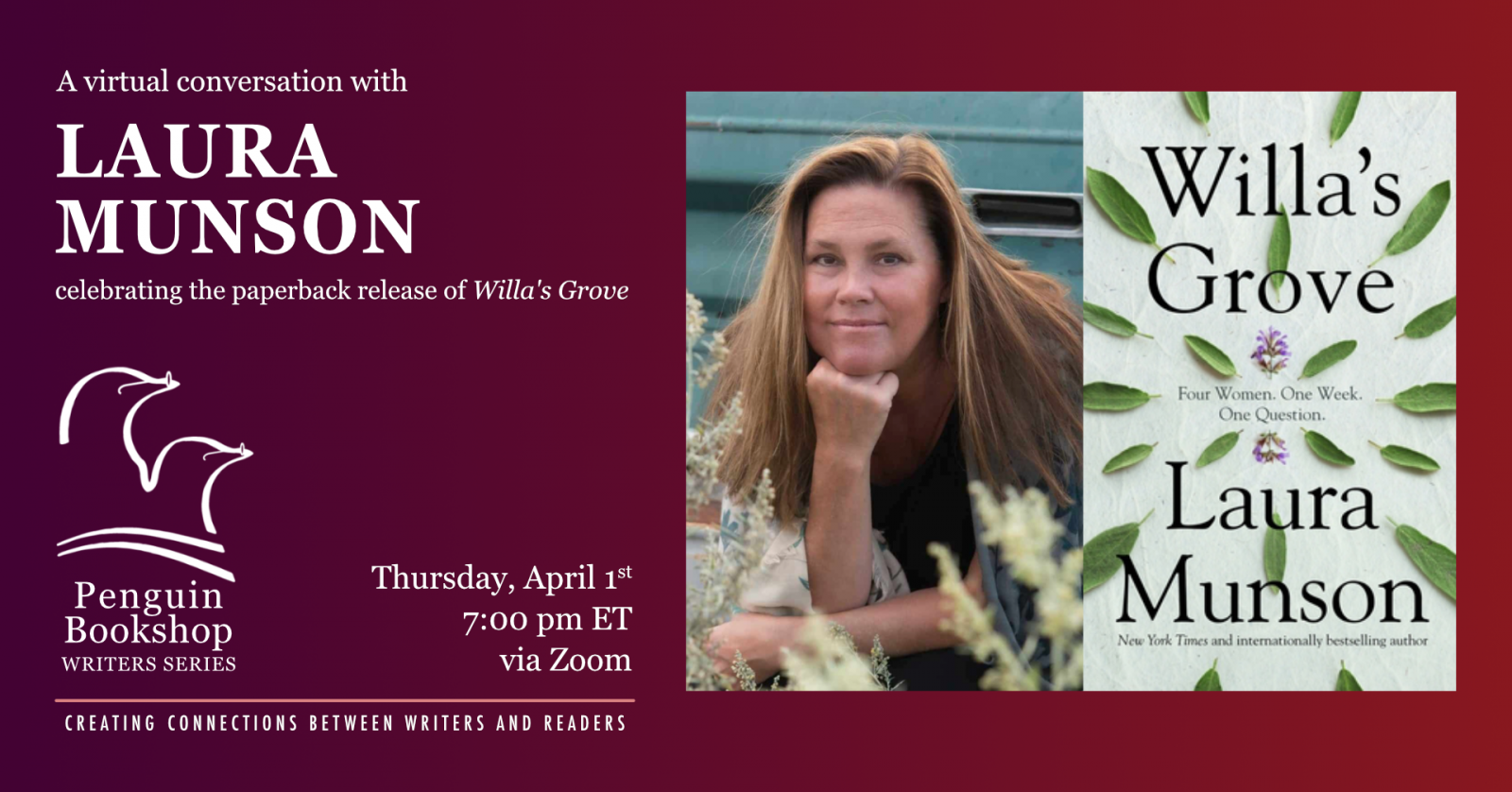 The Penguin Bookshop Writers Series will host author Laura Munson to discuss the paperback release of her latest novel, Willa's Grove, which tells the story of the convergence of four women's lives on the brink of a second act. The conversation should last approximately one hour, and will conclude with a Q&A from the audience.  This event will be hosted virtually via ZOOM. Advance registration is required.

You are invited to the rest of your life.

Although leading entirely different lives, each has found herself at a similar, jarring crossroads. Right when these women thought they’d be comfortably settling into middle age, their carefully curated futures have turned out to be dead ends.

The sender of the invitation is Willa Silvester, who is reeling from the untimely death of her beloved husband and the reality that she must say goodbye to the small mountain town they founded together. Yet as Willa mourns her losses, an impossible question keeps staring her in the face: So now what?

Struggling to find the answer alone, fiercely independent Willa eventually calls a childhood friend who happens to be in her own world of hurt-and that’s where the idea sparks. They decide to host a weeklong interlude from life, and invite two other friends facing their own quandaries. Soon the four women converge at Willa’s Montana homestead, a place where they can learn from nature and one another as they contemplate their second acts together in the rugged wilderness of big sky country.