An Evening with Will Bardenwerper 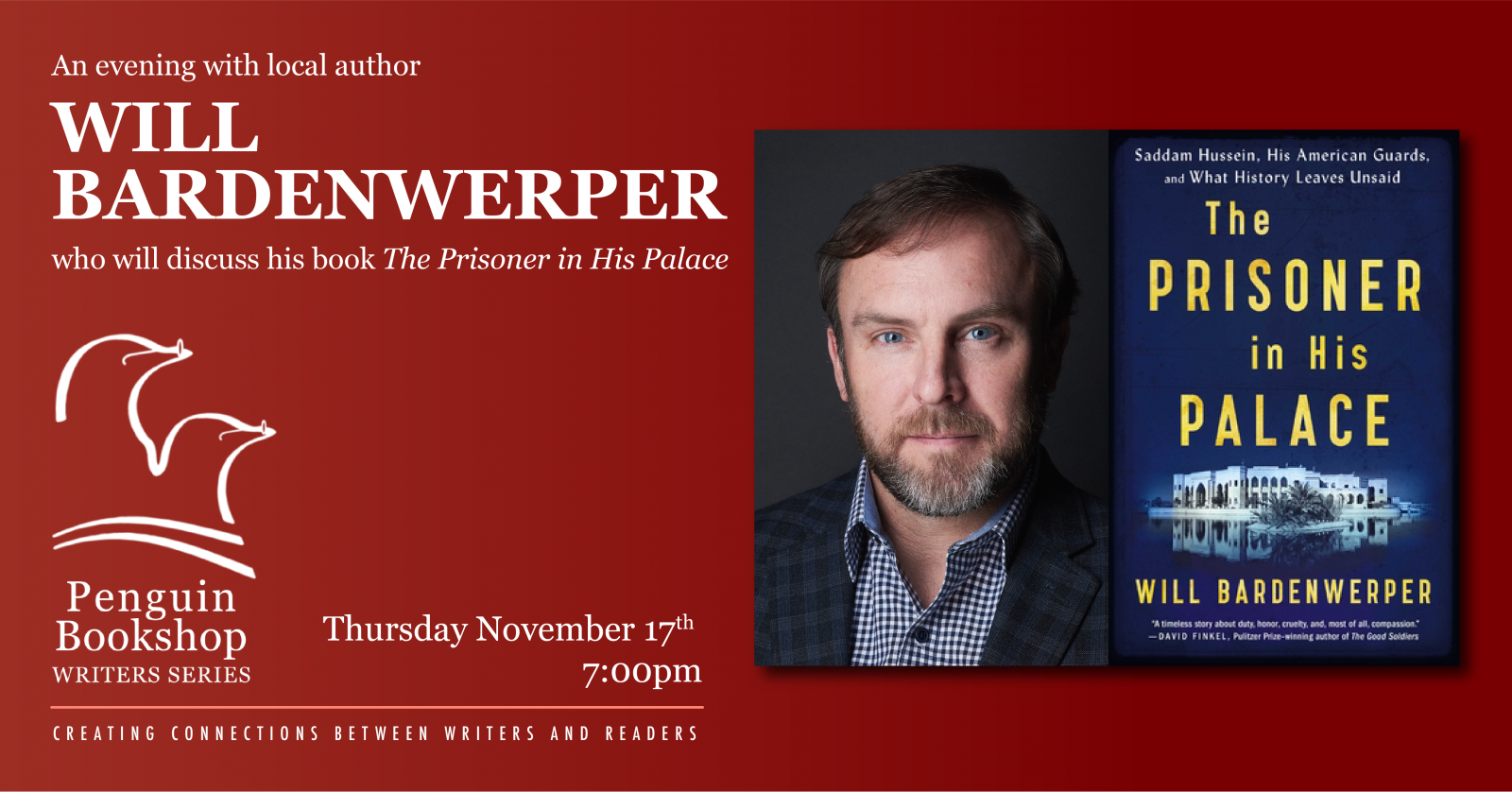 There's a new author in town! Please join us as we welcome Will Bardenwerper, author of The Prisoner in His Palace. Will will discuss his previous work as well as an upcoming book on small-town baseball and community.  Beer and wine will be offered to guests. We hope to see you there!

Will quit his job in finance following the 9/11 attacks in Manhattan and volunteered to serve in the United States Army. He spent most of the next decade engaged in United States foreign policy, beginning in 2004 as an infantry platoon leader. After completing his Army service, Will worked in the Washington Bureau of The New York Times before enrolling in The Johns Hopkins University School of Advanced International Studies, where he graduated with a Master's Degree in 2010. Upon graduation, he was selected to join the Pentagon as a Presidential Management Fellow, where he spent the next four years working on the development and implementation of defense strategy with senior leaders in the Office of the Secretary of Defense.

Will was an Airborne Ranger qualified infantry officer in the United States Army. He was stationed in Germany and his service included a 13-month deployment to Nineveh and Anbar Provinces, Iraq in 2006-7. While in Iraq, he helped lead his infantry battalion's reconstruction, civil affairs and tribal engagement efforts in the city of Hit. His unit helped contribute to the beginning of what would later become known as the “Anbar Awakening.” Will was awarded a Bronze Star and a Combat Infantryman’s Badge.

Will is a graduate of Princeton University, where he majored in English. His book The Prisoner in His Palace: Saddam Hussein, His American Guards, and What History Leaves Unsaid was published by Scribner in 2017. He has had Op Eds and feature articles published in The New York Times, The Washington Post, Harper's, Outside, Newsweek, The Hill, The Denver Post, Huffington Post,The Pittsburgh Tribune-Review, and Task & Purpose.

He is now working on a book for Doubleday exploring small-town baseball and community. You can subscribe (for free) to periodic dispatches from the road as he researches and reports this book.

Will lives outside Pittsburgh with his wife, Marcy, their son, Bates, and daughter, Shea.

The Prisoner in His Palace: Saddam Hussein, His American Guards, and What History Leaves Unsaid (Paperback)