Blood and Treasure: Daniel Boone and the Fight for America's First Frontier by Bob Drury and Tom Clavin 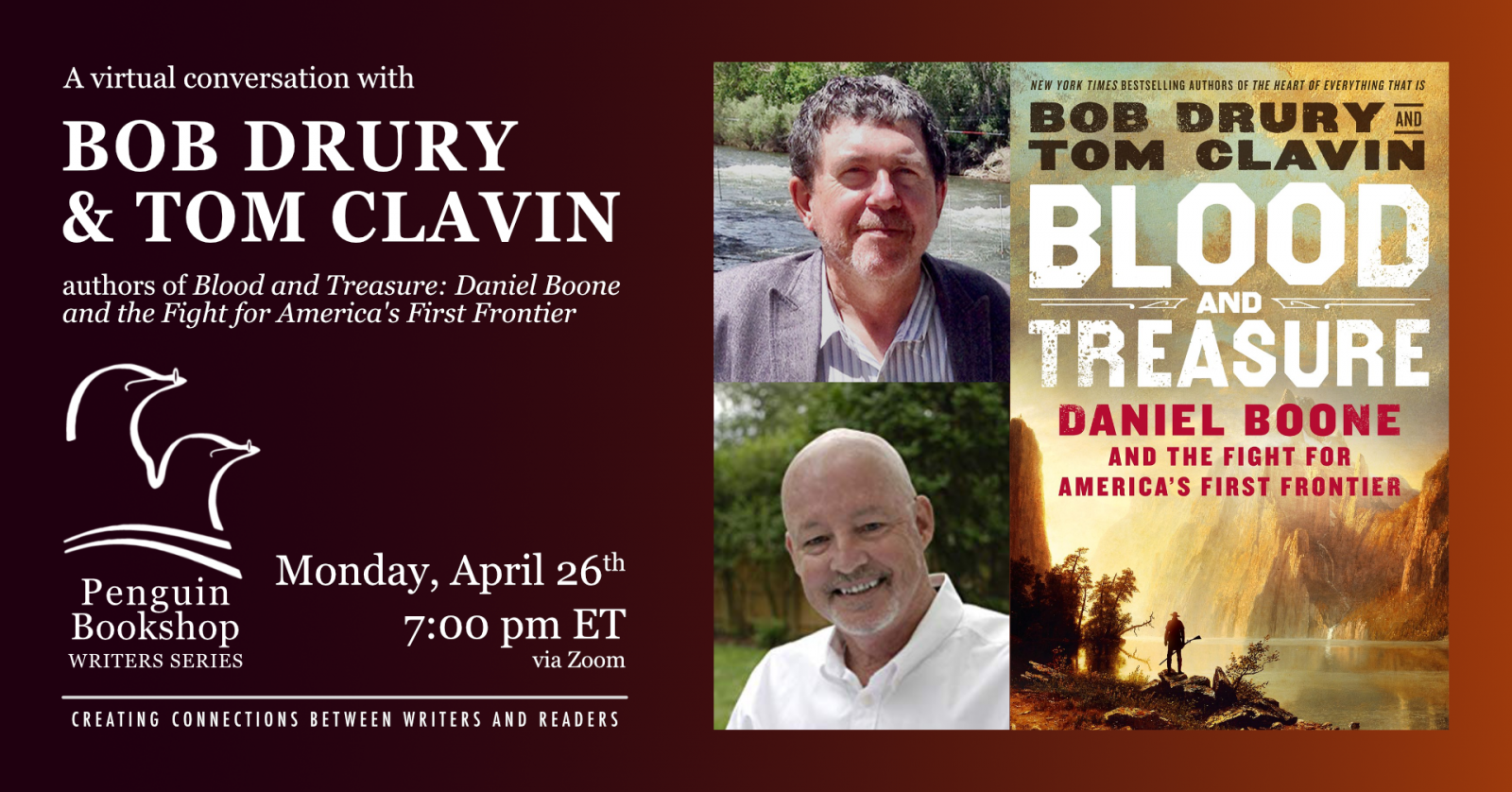 Join us as we host authors Bob Drury and Tom Clavin for a conversation about their latest book, Blood and Treasure: Daniel Boone and the Fight for America's First Frontier. This event will last approximately one hour and will conclude with a Q&A from the audience.

In Blood and Treasure, Drury and Clavin take readers to the mid-eighteenth century when anxious colonists were desperate to conquer and settle North America’s “First Frontier” beyond the Appalachian Mountains and commenced a series of bloody battles. These violent conflicts were waged against the Native American tribes whose lands they coveted, the French, and finally against the mother country itself.

The guide to this epic narrative is America’s first and arguably greatest pathfinder, Daniel Boone—not the coonskin cap-wearing caricature of popular culture but the flesh-and-blood frontiersman and Revolutionary War hero whose explorations into the forested frontier beyond the great mountains would become the stuff of legend. Based on the authors' research into contemporary diaries and journals, newspaper reports, and eyewitness accounts, Blood and Treasure is a stirring chronicle of the conflict over America’s “First Frontier” that places the reader at the center of this remarkable epoch and its gripping tales of courage and sacrifice.

This is a ticketed event, and advance registration through EVENTBRITE is required. Tickets include a copy of Blood and Treasure. Tickets range $30-35.

BOB DRURY and TOM CLAVIN are the #1 New York Times bestselling authors of The Heart of Everything That Is, Lucky 666, Halsey's Typhoon, Last Men Out, and The Last Stand of Fox Company, which won the Marine Corps Heritage Foundation's General Wallace M. Greene Jr. Award. They live in Manasquan, New Jersey, and Sag Harbor, New York, respectively.

Blood and Treasure: Daniel Boone and the Fight for America's First Frontier (Hardcover)