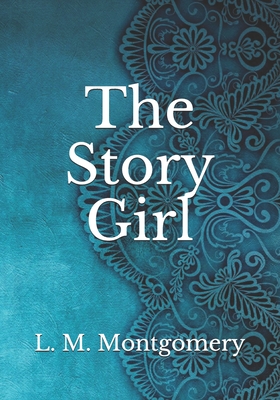 "I do like a road, because you can be always wondering what is at the end of it."The Story Girl said that once upon a time. Felix and I, on the May morning when we left Toronto for Prince Edward Island, had not then heard her say it, and, indeed, were but barely aware of the existence of such a person as the Story Girl.We did not know her at all under that name. We knew only that a cousin, Sara Stanley, whose mother, our Aunt Felicity, was dead, was living down on the Island with Uncle Roger and Aunt Olivia King, on a farm adjoining the old King homestead in Carlisle. We supposed we should get acquainted with her when we reached there, and we had an idea, from Aunt Olivia's letters to father, that she would be quite a jolly creature. Further than that we did not think about her. We were more interested in Felicity and Cecily and Dan, who lived on the homestead and would therefore be our roofmates for a season.But the spirit of the Story Girl's yet unuttered remark was thrilling in our hearts that morning, as the train pulled out of Toronto. We were faring forth on a longroad; and, though we had some idea what would be at the end of it, there was enough glamour of the unknown about it to lend a wonderful charm to our speculations concerning it.We were delighted at the thought of seeing father's old home, and living amongthe haunts of his boyhood. He had talked so much to us about it, and described its scenes so often and so minutely, that he had inspired us with some of his own deep-seated affection for it-an affection that had never waned in all his years of exile. We had a vague feeling that we, somehow, belonged there, in that cradle of our family, though we had never seen it. We had always looked forward eagerly to the promised day when father would take us "down home," to the old house with the spruces behind it and the famous "King orchard" before it-when we might ramble in "Uncle Stephen's Walk," drink from the deep well with the Chinese roof over it, stand on "the Pulpit Stone," and eat apples from our "birthday trees."The time had come sooner than we had dared to hope; but father could not take us after all. His firm asked him to go to Rio de Janeiro that spring to take charge of their new branch there. It was too good a chance to lose, for father was a poor man and it meant promotion and increase of salary; but it also meant the temporary breaking up of our home. Our mother had died before either of us was old enough to remember her; father could not take us to Rio de Janeiro. In the end he decided to send us to Uncle Alec and Aunt Janet down on the homestead; and our housekeeper, who belonged to the Island and was now returning to it, took charge of us on the journey. I fear she had an anxious trip of it, poor woman She was constantly in a quite justifiable terror lest we should be lost or killed; she must have 5felt great relief when she reached Charlottetown and handed us over to the keeping of Uncle Alec. Indeed, she said as much.

All events will be held virtually until further notice.
END_OF_DOCUMENT_TOKEN_TO_BE_REPLACED