On the Threshold of Beauty: Origins of Dutch Electronic Music 1925-1965 (Paperback) 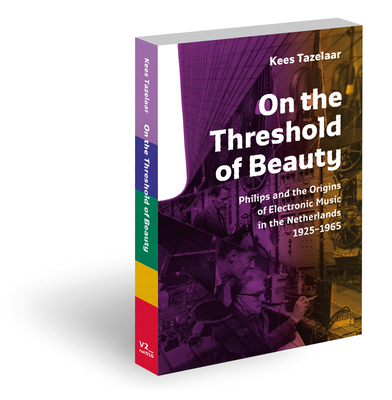 On the Threshold of Beauty is an exciting and detailed reconstruction of the emergence of electronic music in the Netherlands. Kees Tazelaar--composer and head of the Institute of Sonology at the Royal Conservatoire in The Hague--relates its turbulent history from the earliest beginnings in the mid-1920s through to the postwar era and the emergence of musique concr te. This history begins around 1930 at the Philips Physics Laboratory and the creation of the now-legendary Philips Pavilion at Expo 58 in Brussels, for which Le Corbusier, Iannis Xenakis and Edgard Var se collaborated on an extraordinary son et lumi re extravanganza. In 1960 Philips divested itself of the laboratory, and it was absorbed into a new studio at Utrecht University, where Gottfried Michael Koenig became artistic director in 1964. Tazelaar also looks in detail at the influence wielded by the Contact Organization for Electronic Music during this period, and at the work of Dutch electronic pioneers Jan Boerman and Dick Raaijmakers.

All events will be held virtually until further notice.
END_OF_DOCUMENT_TOKEN_TO_BE_REPLACED