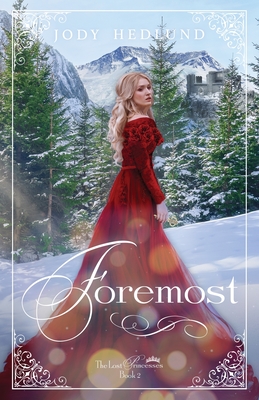 This is book number 2 in the Lost Princesses series.

A second princess. Another key to the treasure. And a cruel king desperate to squelch the growing rebellion.

Raised in an isolated abbey, Lady Maribel desires nothing more than to become a nun and continue practicing her healing arts. She's carefree and happy with her life...until a visitor comes to the abbey and reveals her true identity as one of the lost princesses.

When he was a young boy, Edmund Chambers helplessly watched King Ethelwulf murder his family. Edmund escaped and has lived in the abbey ever since, uniquely trained to work with wild animals. Secretly, he loves Maribel and desperately hopes she doesn't complete her holy order vows.

When King Ethelwulf's army arrives at the abbey to capture Maribel, she flees with Edmund across the desolate Highlands in an attempt to reach Adelaide's rebel army. Edmund can no longer hide his love, but can Maribel give up her dreams of becoming a nun to love him in return?

All events will be held virtually until further notice.
END_OF_DOCUMENT_TOKEN_TO_BE_REPLACED