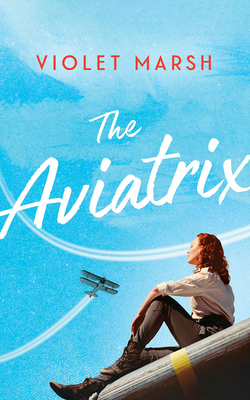 Daring aviators take the skies by storm in this historical romance filled with unconventional women--and the men strong enough to love them.

Saint Louis, 1923. The golden age of flight has just begun, and pilot Mattie McAdams refuses to cede the skies to cocky flyboys. She longs to perform daring stunts in her family's flying circus, but the men in her life stand in her way--including the show's star performer, Leo Ward. They can wring their hands all they want; Mattie won't stay grounded for long.

In the Great War, Leo Ward watched his best friend and Mattie's twin brother, Alfred, perish in the skies over German territory. Since then, he's vowed to protect the McAdams family, taking on the most perilous stunts himself. But the skies are too big for any one man.

Mattie joins a female-dominated flying circus, kicking off a tantalizing aerial dance as the two pilots make efforts to one-up each other in the skies across America. As planes and passions soar, can Mattie and Leo look beyond their egos to see the great heights they might reach together?

All events will be held virtually until further notice.
END_OF_DOCUMENT_TOKEN_TO_BE_REPLACED