Heavy Metal Thunder: The Music, Its History, Its Heroes (Paperback) 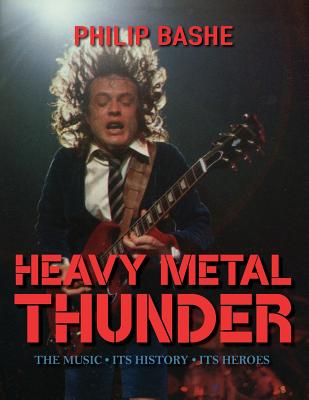 By Philip Bashe
Email or call for price.
Usually Ships in 1-5 Days

In one of the earliest definitive studies of the genre, former music magazine editor and writer Philip Bashe dives into the origins of heavy metal rock, compiling a fascinating history and timeline of its pioneering bands.

In this insightful study, Bashe--the former editor of both International Musician & Recording World and Circus magazines--dissects the style, tracing its origins from Link Wray's 1954 guitar distortions on "Rumble," to the first true heavy metal single: the Kinks' 1964 "You Really Got Me."

In addition to the genre's high-volume, high-drama history, Bashe illuminates the songs and performances of ten of the most lauded groups in heavy metal history, all of whom were interviewed at length for Heavy Metal Thunder:

All events will be held virtually until further notice.
END_OF_DOCUMENT_TOKEN_TO_BE_REPLACED