Where Is My Mind?: A Children's Picture Book (Hardcover) 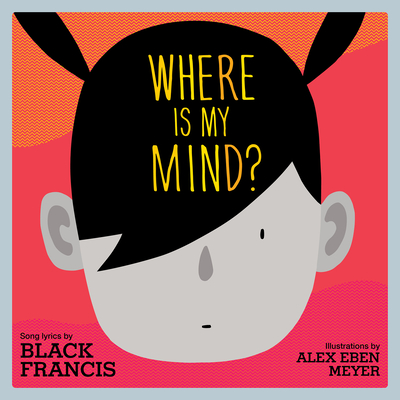 Where Is My Mind? is an imaginative picture book based on Black Francis's lyrics to one of Pixies' most beloved songs. The song was released on their certified-gold album Surfer Rosa, and later appeared in the film Fight Club.

Parents and children alike will delight in following the story of a young girl who loses her mind when she falls off a skateboard, then travels to magical lands in search of it. Brilliantly illustrated by Alex Eben Meyer, Where Is My Mind? is a celebration of creativity, both in song and story.

Black Francis, aka Frank Black, was born Charles Thompson IV in 1965 in Boston, MA. He is the lead vocalist and guitarist for the indie rock band Pixies, which he formed in the mid-1980s while attending UMass Amherst. Named one of VH1's 100 Greatest Artists of Hard Rock, Pixies disbanded in 1993 after four albums and one EP. Francis continued to have a successful solo career, and in 2004, Pixies reunited for their first tour in more than a decade, playing sold-out shows across North America and Europe. Pixies remain one of the most important bands of the era, having influenced musicians such as Kurt Cobain, Thom Yorke, and many others. Alex Eben Meyer (illustrator) lives in Brooklyn, and works in a studio that was formerly a pencil factory. He and his brain have a very nice relationship, and are virtually inseparable. He illustrated the picture books Hero vs. Villain and Creature vs. Teacher.

All events will be held virtually until further notice.
END_OF_DOCUMENT_TOKEN_TO_BE_REPLACED