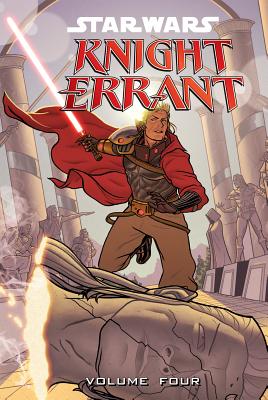 By John Jackson Miller, Ivan Rodriguez (Illustrator)
Email or call for price.
Not in stock

This is book number 4 in the Star Wars: Knight Errant (Hardcover) series.

Jedi Kerra Holt prevented the destruction of the mining colony of Chelloa . . . but she also began a Sith-on-Sith war, and the colony is in the middle Complete annihilation has not come to the planet of Chelloa by the hand of Sith Lord Odion, but a war between him and his rival brother, Lord Daiman, might not leave much of the planet for either of them to rule. It's up to Kerra to find the advantage in the rivalry between the two Sith.

Aligned to Common Core Standards and correlated to state standards.

Graphic Novels is an imprint of Spotlight, a division of ABDO.