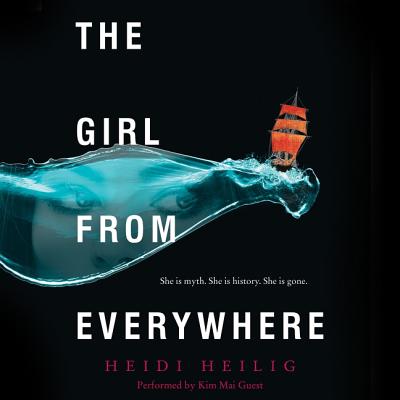 The Girl from Everywhere, the first of two books, blends fantasy, history, and a modern sensibility. Its sparkling wit, breathless adventure, multicultural cast, and enchanting romance will dazzle readers of Sabaa Tahir and Leigh Bardugo.

As the daughter of a time traveler, Nix has spent sixteen years sweeping across the globe and through the centuries aboard her father's ship. Modern-day New York City, nineteenth-century Hawaii, other lands seen only in myth and legend--Nix has been to them all.

But when her father gambles with her very existence, it all may be about to end. Rae Carson meets Outlander in this epic debut fantasy.

If there is a map, Nix's father can sail his ship, The Temptation, to any place and any time. But now that he's uncovered the one map he's always sought--1868 Honolulu, the year before Nix's mother died in childbirth--Nix's life, her entire existence, is at stake. No one knows what will happen if her father changes the past. It could erase Nix's future, her dreams, her adventures . . . her connection with the charming Persian thief, Kash, who's been part of their crew for two years.

All events will be held virtually until further notice.
END_OF_DOCUMENT_TOKEN_TO_BE_REPLACED