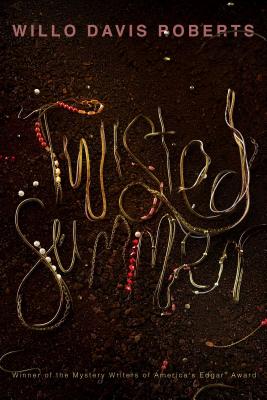 A girl searches for the truth when two of her classmates are caught in the crosshairs of a murder mystery in this Edgar Award­–winning novel from Willo Davis Roberts.

Cici expected the summer to be special. She had no idea it would change her life forever.

Two kids, two lives, ruined before they even began. One, a girl, dead—strangled in an empty cabin. The other, a boy, spending the rest of his life in jail for her murder.

To Cici, it all seems so unreal. These were kids she had grown up with, whom she had known. She can’t believe Brody Shurik could have murdered Zoe Cyrek. Something’s going on here, and Cici’s going to find out exactly what it is.

But Cici has an even harder time believing what she uncovers. Could the murderer really be someone close to her? Maybe even a member of her family? And if Cici’s on the right track, could she become the murderer’s target?

Willo Davis Roberts wrote many mystery and suspense novels for children during her long and illustrious career, including The Girl with the Silver Eyes, The View from the Cherry Tree, Twisted Summer, Megan’s Island, Baby-Sitting Is a Dangerous Job, Hostage, Scared Stiff, The Kidnappers, and Caught! Three of her children’s books won Edgar Awards, while others received great reviews and other accolades, including the Sunshine State Young Reader’s Award, the California Young Reader’s Medal, and the Georgia Children’s Book Award.

All events will be held virtually until further notice.
END_OF_DOCUMENT_TOKEN_TO_BE_REPLACED