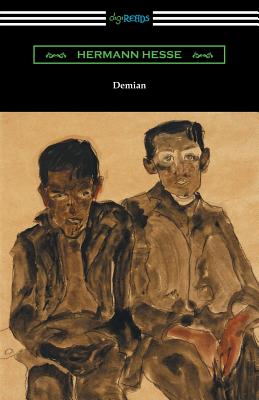 Originally published in 1919 under the pseudonym of the narrator of the story, Herman Hesse's "Demian" is the coming of age story of its principal character "Emil Sinclair." The struggle of Emil is one of self-awareness. A principal theme that courses throughout the novel is that of the inherent duality of existence. In the case of Emil this duality presents itself in the form of the opposing demands of the external world and his one internal quest for spiritual fulfillment. Emil's quest to resolve this conflict forces him to seek out the guidance and validation from the various members of his world including his mother, Eva; Pistorius, an organist at a local church; and ultimately Max Demian, a childhood friend who leads Emil to his eventual self-realization. Influenced by the growing interest in psychoanalysis at the start of the 20th century, including Hesse's own experience with psychotherapy, "Demian" in its exploration of the interesting psychological underpinnings of growing up is a popular choice for young readers. This edition is printed on premium acid-free paper and follows the translation of N. H. Piday.

All events will be held virtually until further notice.
END_OF_DOCUMENT_TOKEN_TO_BE_REPLACED