To Ride the Gods' Own Stallion (Paperback) 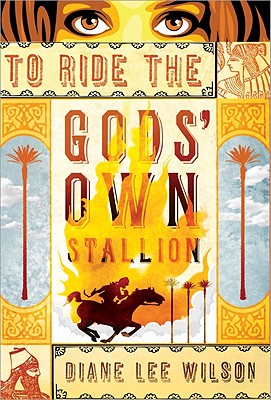 From acclaimed author Diane Lee Wilson comes another gripping historical adventure. Set during the height of the Assyrian Empire, To Ride the Gods' Own Stallion is an action-packed modern classic featuring a young boy sold into slavery by his father. A story of outsiders, self-discovery, and the courage to become something great.

Better that you'd never been born, his father had said.

Soulai is not brave like his sister. Nor is he a skilled craftsman like his father. And when Soulai accidentally burns down his family's home, his father gives up. He sells Soulai into slavery for five years to pay off the debt.

Praise for To Ride the Gods' Own Stallion:
It's gripping, vivid storytelling.--Kirkus Reviews, STARRED Review
A plot full of...action...and intrigue.--School Library Journal
Readers] will be rewarded with an exciting adventure.--Voya

Diane Lee Wilson has always ridden horses and has an extensive collection of horse books in her home in Escondido, California. She is the author of Black Storm Comin', a Booklist Editors' Choice, a VOYA Top Shelf Fiction Pick and a Book Links Lasting Connection, and Firehorse, which received a starred review in Booklist, is a Booklist Top Ten Mystery/Suspense for Youth, and a winner of the ALA Amelia Bloomer Project.

All events will be held virtually until further notice.
END_OF_DOCUMENT_TOKEN_TO_BE_REPLACED