The Other Mother: A Novel (Hardcover) 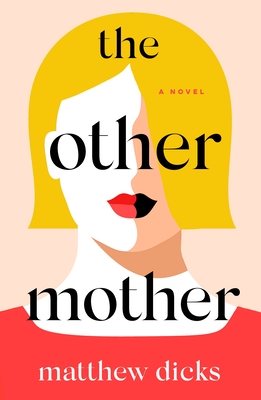 From Matthew Dicks, the beloved author of Memoirs of an Imaginary Friend, comes The Other Mother, a novel about a teenage boy coping with the rupture of his family by viewing his mother in an unusual light.

The one he loves most, is the one he knows least.

Thirteen-year-old Michael Parsons is dealing with a lot. His father's sudden death; his mother's new husband, Glen, who he loathes; his two younger siblings, who he looks after more and more now that his mother works extra shifts.

And then one day, Michael wakes up and his mother is gone. In her place is an exact, duplicate mother. The 'other mother'. No one else seems to notice the real version is missing. His brother, his sister, and even Glen act as if everything's normal. But Michael knows in his heart that this mother is not his. And he begins to panic.

What follows is a big-hearted coming-of-age story of a boy struggling with an unusual disorder that poses unparalleled challenges—but also, as he discovers, offers him unique opportunities.

MATTHEW DICKS is a writer and elementary school teacher. His articles have been published in the Hartford Courant and he has been a featured author at the Books on the Nightstand retreat. He is also a Moth storyteller and a two-time StorySLAM champion. Dicks is the author of the novels Memoirs of an Imaginary Friend, Something Missing, and Unexpectedly Milo. He lives in Newington, Connecticut, with his wife, Elysha, and their children, Clara and Charlie.

"The Other Mother celebrates the healing magic of friendship and reclaiming one's self. Told in Michael's wry, often anxious voice, this quietly triumphant feel-good novel addresses the burden of grief, the complications of family and the mysteries of first love." --Shelf Awareness

"A touching coming-of-age tale. For fans of Mark Haddon’s The Curious Incident of the Dog in the Night-Time and Andrew David MacDonald’s When We Were Vikings." --Library Journal

"Nearly impossible to put down... Filled with emotion, pain, and joy, The Other Mother is well worth the read." --Associated Press

"Dicks offers a wistful and quietly moving portrait of a teenage boy keeping too many secrets... [His] bighearted, generous novel makes a strong case for empathy and for forgiveness—both toward others and toward oneself." --Publishers Weekly

Praise for Memoirs of an Imaginary Friend:

“A novel as creative, brave, and pitch-perfect as its narrator, an imaginary friend named Budo, who reminds us that bravery comes in the most unlikely forms. It has been a long time since I read a book that has captured me so completely, and has wowed me with its unique vision. You've never read a book like this before. As Budo himself might say: Believe me.” —Jodi Picoult, New York Times bestselling author of Sing You Home

“Wholly original and completely unputdownable. MEMOIRS OF AN IMAGINARY FRIEND is a captivating story told in a voice so clever and honest I didn't want it to end. The arresting voice of THE CURIOUS INCIDENT OF THE DOG IN THE NIGHT-TIME with the emotional power of ROOM and the whimsy of DROP DEAD FRED, but in a class of its own.” —Eleanor Brown, New York Times bestselling author of The Weird Sisters

“An incredibly captivating novel about the wonder of youth and the importance of friendship, whether real or imagined. Delightfully compelling reading.” —Booklist

“[A] fun read and engaging exploration of the vibrant world of a child's imagination.” —Publishers Weekly

Praise for Twenty-One Truths About Love:

"It's not quite enough to say that Twenty-one Truths About Love is original, it is radical and extraordinary. I have no idea how Matthew Dicks made a story comprised entirely of lists feel so human but that's exactly what this story is: honest, vulnerable, hilarious, and profoundly human."—Taylor Jenkins Reid, New York Times bestselling author of Daisy Jones and the Six

"Twenty-one Truths About Love by Matthew Dicks is a fresh, humorous exploration of what makes us vulnerable and what makes us responsible, and you can't help but root for Daniel Mayrock even when he's at his most mistaken. This is a love story of great pathos and beauty."—Sharma Shields, author of The Cassandra

"Funny, sad, uplifting but always relatable. A must read for fans of Rachel Joyce and Gabrielle Zevin."—Shelf Awareness

"Recurring themes, including a pregnancy, money woes, and a developing friendship, give the novel momentum."—Minneapolis Star-Tribune

"A fresh, original new novel. Blending humorous and witty takes on life's idiosyncrasies with a raw and deeply human main character, dicks pens the perfect between-the-holidays book for readers who enjoyed Mr. Penumbra's 24-Hour Bookstore and How Hard Can it Be?"—BookReporter

All events will be held virtually until further notice.
END_OF_DOCUMENT_TOKEN_TO_BE_REPLACED