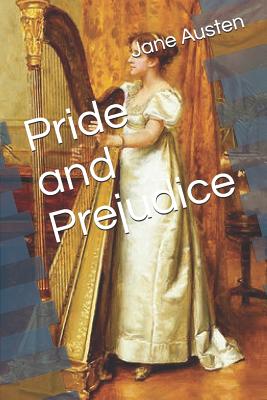 -Life-The real reason Jane Austen never married-Austen's Death-After Death-About Pride and Prejudice-Analysis of Pride and Prejudice.-Characters.-Character Genealogy.-Pride and Prejudice Quotes .Pride and Prejudice is set in rural England in the early 19th century, and it follows the Bennet family, which includes five very different sisters. Mrs. Bennet is anxious to see all her daughters married, especially as the modest family estate is to be inherited by William Collins when Mr. Bennet dies. At a ball, the wealthy and newly arrived Charles Bingley takes an immediate interest in the eldest Bennet daughter, the beautiful and shy Jane. The encounter between his friend Darcy and Elizabeth is less cordial. Although Austen shows them intrigued by each other, she reverses the convention of first impressions: pride of rank and fortune and prejudice against the social inferiority of Elizabeth's family hold Darcy aloof, while Elizabeth is equally fired both by the pride of self-respect and by prejudice against Darcy's snobbery.The pompous Collins subsequently arrives, hoping to marry one of the Bennet sisters. Elizabeth, however, refuses his offer of marriage, and he instead becomes engaged to her friend Charlotte Lucas. During this time, Elizabeth encounters the charming George Wickham, a military officer. There is a mutual attraction between the two, and he informs her that Darcy has denied him his inheritance.After Bingley abruptly departs for London, Elizabeth's dislike of Darcy increases as she becomes convinced that he is discouraging Bingley's relationship with Jane. Darcy, however, has grown increasingly fond of Elizabeth, admiring her intelligence and vitality. While visiting the now-married Charlotte, Elizabeth sees Darcy, who professes his love for her and proposes. A surprised Elizabeth refuses his offer, and, when Darcy demands an explanation, she accuses him of breaking up Jane and Bingley. Darcy subsequently writes Elizabeth a letter in which he explains that he separated the couple largely because he did not believe Jane returned Bingley's affection. He also discloses that Wickham, after squandering his inheritance, tried to marry Darcy's then 15-year-old sister in an attempt to gain possession of her fortune. With these revelations, Elizabeth begins to see Darcy in a new light.Shortly thereafter the youngest Bennet sister, Lydia, elopes with Wickham. The news is met with great alarm by Elizabeth, since the scandalous affair-which is unlikely to end in marriage-could ruin the reputation of the other Bennet sisters. When she tells Darcy, he persuades Wickham to marry Lydia, offering him money. Despite Darcy's attempt to keep his intervention a secret, Elizabeth learns of his actions. At the encouragement of Darcy, Bingley subsequently returns, and he and Jane become engaged. Finally, Darcy proposes again to Elizabeth, who this time accepts.AnalysisThe work, which Austen initially titled First Impressions, is the second of four novels that Austen published during her lifetime. Although Pride and Prejudice has been criticized for its lack of historical context, the existence of its characters in a social bubble that is rarely penetrated by events beyond it is an accurate portrayal of the enclosed social world in which Austen lived. She depicted that world, in all its own narrow pride and prejudice, with unswerving accuracy and satire. At the same time, she placed at its centre, as both its prime actor and most perceptive critic, a character so well conceived and rendered that the reader cannot but be gripped by her story and wish for its happy d nouement. In the end, Austen's novel has remained popular largely because of Elizabeth-who was reportedly Austen's own favourite among all her heroines-and because of the enduring appeal to men and women alike of a well-told and potentially happily ending love story.Jane Austen, (born December 16, 1775, Steventon, Hampshire, England)

All events will be held virtually until further notice.
END_OF_DOCUMENT_TOKEN_TO_BE_REPLACED