The Archer at Dawn (MP3 CD) 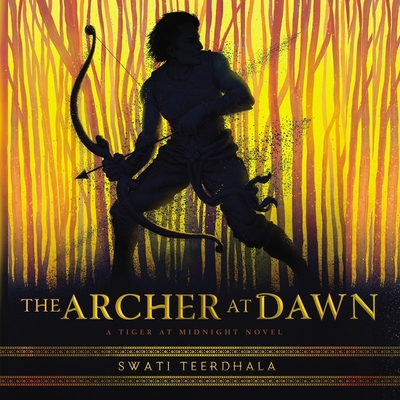 By Swati Teerdhala, Sneha Mathan (Read by)
$39.99
Email or call for price.

Romantic intrigue and electric action fill the gripping sequel to The Tiger at Midnight, a world inspired by ancient Indian history and Hindu mythology. Perfect for fans of Sabaa Tahir and Victoria Aveyard.

A stolen throne. A lost princess. A rescue mission to take back what's theirs.

For Kunal and Esha, finally working together as rebels, the upcoming Sun Mela provides the perfect guise for infiltrating King Vardaan's vicious court. Kunal returns to his role as dedicated soldier, while Esha uses her new role as adviser to Prince Harun to seek allies for their rebel cause. A radical plan is underfoot to rescue Jansa's long-lost Princess Reha--the key to the throne.

But amidst the Mela games and glittering festivities, much more dangerous forces lie in wait. With the rebel's entry into Vardaan's court, a match has been lit, and long-held secrets will force Kunal and Esha to reconsider their loyalties--to their countries and to each other.

Getting into the palace was the easy task; coming out together will be a battle for their lives. In book two of Swati Teerdhala's epic fantasy trilogy, a kingdom will fall, a new ruler will rise, and all will burn.

All events will be held virtually until further notice.
END_OF_DOCUMENT_TOKEN_TO_BE_REPLACED