The Middleman and Other Stories (Paperback) 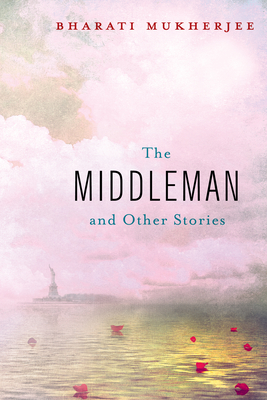 By Bharati Mukherjee
$16.00
On Our Shelves Now

In 1988, with her collection The Middleman and Other Stories, Bharati Mukherjee became the first naturalized American citizen to win the National Book Critics Circle Award.

Now reissued with an introduction by Pushcart Prize winner Madhuri Vijay, these characters and their stories shed new light on an America increasingly defined by movement, transience, fragmentation, and reinvention. As Vijay writes in her introduction, these characters are "constantly on the move, constantly in flux, shifting between lovers, jobs, nations, apartments, or all four at the same time." An aristocratic Filipina negotiates a new life for herself with an Atlanta investment banker. An Italian woman from New Jersey has an uncomfortable Thanksgiving when she brings her new Afghani boyfriend home to meet the family. And in the title story, an Iraqi Jew whose travels have ended in Queens suddenly finds himself an unwitting guerrilla in a South American jungle. Passionate, comic, violent, and tender, these stories draw us into the center of a cultural fusion, moments glowing with the energy and exuberance of a society remaking itself.

BHARATI MUKHERJEE (1940-2017) is the author of over a dozen books, short-story collections, and works of nonfiction. In 1988 she became the first naturalized American citizen to win the National Book Critics Circle award for her collection The Middleman and Other Stories.

All events will be held virtually until further notice.
END_OF_DOCUMENT_TOKEN_TO_BE_REPLACED