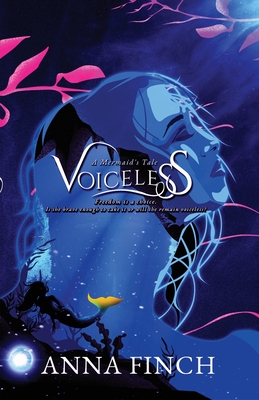 Freedom is a choice. Is she brave enough to take it or will she remain voiceless?﻿﻿﻿﻿﻿﻿

Moriah is a beautiful mermaid princess that lives in Zoara-Bela under her grandfather, King Abaddon's cruel reign. On her 16th birthday, she must undergo her rite of passage in which a young mermaid must transform into a human, and live among them for a day without drawing suspicion from the world above.

It's not until she meets Michael, a young, handsome man, that she witnesses the stark contrast between the openness and kindness of the human world and the bitter reality of her draconian society.

She returns to the city beneath the waves with a longing for the freedom of the shore in her heart. But getting her freedom isn't as simple as using magic to get a pair of legs.

Moriah must risk her life to free her kingdom and uncover the secrets of her past and family. If she wants her freedom and the chance to love freely, she must stand up to the wicked king who will stop at nothing to crush any voice of dissent.

Time is running out and the fate of an entire kingdom rests on her shoulders.

All events will be held virtually until further notice.
END_OF_DOCUMENT_TOKEN_TO_BE_REPLACED