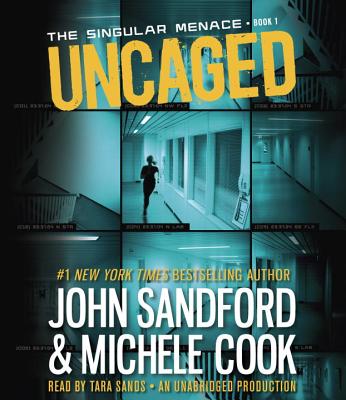 This is book number 1 in the The Singular Menace series.

John Sandford and Michele Cook debut a high-octane thriller series about a ruthless corporation, unspeakable experiments, and a fight to expose the truth. Perfect for fans of James Dashner's The Maze Runner.

Shay Remby arrives in Hollywood with $58 and a handmade knife, searching for her brother, Odin.

Odin’s a brilliant hacker but a bit of a loose cannon. He and a group of radical animal-rights activists hit a Singular Corp. research lab in Eugene, Oregon. The raid was a disaster, but Odin escaped with a set of highly encrypted flash drives and a post-surgical dog.

When Shay gets a frantic 3 a.m. phone call from Odin—talking about evidence of unspeakable experiments, and a ruthless corporation, and how he must hide—she’s concerned. When she gets a menacing visit from Singular’s security team, she knows: her brother’s a dead man walking.

What Singular doesn’t know—yet—is that 16-year-old Shay is every bit as ruthless as their security force, and she will burn Singular to the ground, if that’s what it takes to save her brother.

JOHN SANDFORD is the author of thirty-six published novels, all of which have appeared on the New York Times Bestseller lists. Uncaged is his YA debut.

MICHELE COOK is a journalist and crime reporter making her fiction debut with this series.

Booklist starred review, May 1, 2014
“… a fabulous mix of outlandish hijinks, techno-noir, and teen cheek—L.A. style. Not to be missed.”

All events will be held virtually until further notice.
END_OF_DOCUMENT_TOKEN_TO_BE_REPLACED