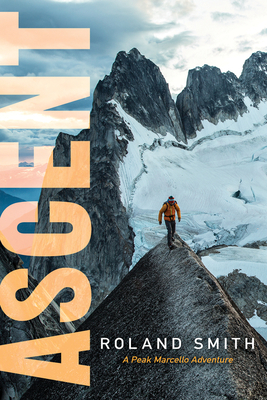 In this thrilling climbing adventure from bestselling author Roland Smith, summiting one of the most isolated mountains in the world may be the easiest thing Peak does.

After conquering the mountains in Afghanistan, Peak Marcello goes to Myanmar, a country that has been in the grips of a brutal military regime for more than fifty years, to visit Alessia.

When he’s invited to climb the remote Hkakabo Razi, Peak can’t pass up the opportunity. But getting to the mountain will involve a four-week trek through tropical rainforests rife with hazards—from venomous reptiles and leeches to corrupt police and military.

This thrilling teen climbing adventure is "the perfect antidote for kids who think books are boring" (Publishers Weekly starred review for Peak).

New York Times best-selling author Roland Smith is the author of nearly thirty young adult novels including Peak, The Edge, Beneath, Above, Sasquatch, Elephant Run, Zach’s Lie, Shatterproof (39 Clues), the Cryptid Hunters series, the I, Q series, and the Storm Runner series. His novels have garnered dozens of state and national book awards. He lives in Arkansas.

"Though each installment can stand on its own, Smith weaves them together with his cast of characters and the promise of suspense and political intrigue so that readers new to the series can dive right in, and readers who have followed from the beginning can join up with old friends for another intelligent and lively adventure."--Horn Book Magazine   "The third book of Peak’s adventures includes the same engaging narration, exotic settings, and plentiful perils that won the series’ debut high praise."--Booklist   "An absorbing wilderness story."--Kirkus   "Smith’s reliable attention to the culture, politics, and environmental habitat of his settings is engaging and integral to the action...Details about Hkakabo Razi, flora and fauna, and climbing techniques will appeal to science and sports buffs alike."--School Library Journal       —

Events may be virtual or in person. Please see details for each event.
END_OF_DOCUMENT_TOKEN_TO_BE_REPLACED