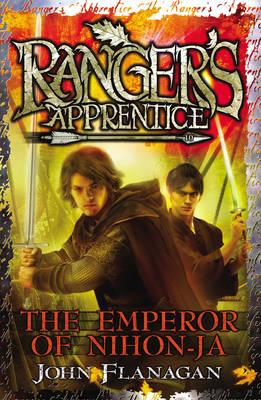 When Horace travels to the exotic land of Nihon-Ja, it isn't long before he finds himself pulled into a battle that is not his. A kingdom teeters on the edge of chaos when the Nihon-Ja emperor, a defender of the common man, is forcibly overthrown, and only Horace, Will, and his Araluen companions can restore the emperor to the throne.

John Flanagan grew up in Sydney, Australia hoping to be a writer. It wasn't until he wrote a highly uncomplimentary poem about a senior executive at the agency he worked, however, that his talent was revealed. It turned out one of the company directors agreed with John's assessment of the executive, and happily agreed to train John in copywriting. After writing advertising copy for the next two decades, John teamed with an old friend to develop a television sitcom, "Hey Dad!," which went on to air for eight years. John began writing "Ranger's Apprentice" for his son, Michael, ten years ago, and is still hard at work on the series. He currently lives in the suburb of Manly, Australia, with his wife. In addition to their son, they have two grown daughters and four grandsons.

All events will be held virtually until further notice.
END_OF_DOCUMENT_TOKEN_TO_BE_REPLACED