Ashes on the Waves (Hardcover) 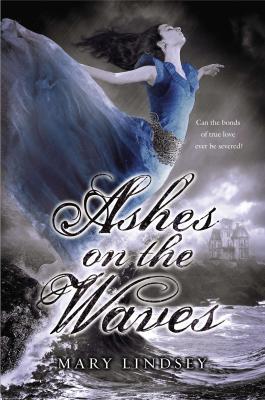 Asexy gothic romance based on Edgar Allan Poe's "Annabel Lee"
Liam MacGregor is cursed. Haunted by the wails of fantastical Bean Sidhes and labeled a demon by the villagers of Dochas, Liam has accepted that things will never get better for him until a wealthy heiress named Annabel Leighton arrives on the island and Liam's fate is changed forever.

With Anna, Liam finally finds the happiness he has always been denied, but the violent, mythical Otherworlders, who inhabit the island and the sea around it, have other plans. They make a wager on the couple's love, testing its strength through a series of cruel obstacles. But the tragedies draw Liam and Anna even closer. Frustrated, the creatures put the couple through one last trial and this time it's not only their love that's in danger of being destroyed.

Based on Edgar Allan Poe's chilling poem "Annabel Lee, " with references to many of his other poems including "The Raven," Mary Lindsey creates a frighteningly beautiful gothic novel that glorifies the power of true love.
Perfect for fans of Lauren Kate's "Fallen" series, Kendra Blake's "Anna Dressed in Blood, "and Kelly Creagh's "Nevermore."
Praise for ASHES ON THE WAVES
Achingly beautiful anddarkly sensuous ...an extraordinary read that left me breathlessat every turn --Sophie Jordan, "New York Times" bestselling author of "Firelight"

Mary Lindsey says that writing is a natural expression of her love of reading and her fascination with the flexibility of the human imagination. Having received a B.A. in English literature with a minor in drama from the University of Houston, she currently teaches acting to children and teens at a private studio in Houston, Texas. Mary lives with her husband, three kids, two dogs, her daughter s pet rats, an Australian bearded dragon and dozens of Madagascar hissing cockroaches. You can visit Mary Lindsey atwww.marylindsey.com and follow her on Twitter @marylindsey."

All events will be held virtually until further notice.
END_OF_DOCUMENT_TOKEN_TO_BE_REPLACED