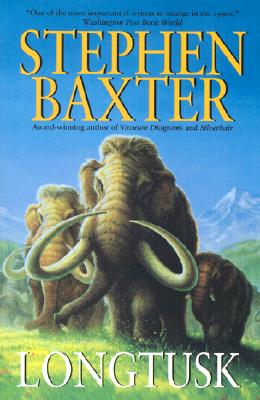 Even as a young calf, Longtusk understood the hardships the few remaining of his ancient kind had encountered when the glaciers retreated and grassy forests stole over the vast tundra the herds called home. Worst of all was when the Fireheads came -- cruel, two-legged beasts who kill for pleasure. At a tender age, Longtusk became their prisoner, hobbled, abused, and stripped of his freedom. But through toil and terror, Longtusk never forgot his Clan -- and he carried crucial, intimate knowledge of the Fireheads' ways, though at a terrible price. Now the time is rapidly approaching when he will have to clash with those who seek to destroy every living trace of his proud breed. The dark land before him will be mined with fierce obstacles and awesome challenges. And though it may require the ultimate sacrifice -- and a grim confrontation with the Lost, the most feared enemy of his gargantuan race -- Longtusk must not shun the twisted path in front of him...or what he is destined to become: the greatest hero of them all.

Stephen Baxter is an acclaimed, multiple-award-winning author whose many books include the Xeelee Sequence series, the Time Odyssey trilogy (written with Arthur C. Clarke), and The Time Ships, a sequel to H. G. Wells's classic The Time Machine. He lives in England.

All events will be held virtually until further notice.
END_OF_DOCUMENT_TOKEN_TO_BE_REPLACED