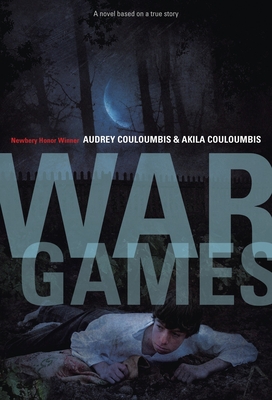 By Audrey Couloumbis, Akila Couloumbis
$6.99
Email or call for price.

1941. Greece. For 12-year-old Petros, World War II feels far away. But when the Germans invade Greece, the war is suddenly impossibly close.  Overnight, neighbors become enemies. People begin to keep secrets (Petros's family most of all). And for the first time, Petros has the chance to prove himself to his older brother, Zola. Soon what were once just boys' games become matters of life and death as Petros and Zola each wonder if, like their Resistance fighter cousin, they too can make a difference. Based on the true story of Akila Couloumbis's wartime boyhood, Newbery Honor winner Audrey Couloumbis, writing with her husband Akila, explores what it was like coming of age in Nazi occupied Greece, and tells a story of family, friendship, and unlikely heroes.

AUDREY COULOUMBIS' first book for children, Getting Near to Baby, won the  Newbery Honor in 2000. Audrey is also the author of several other highly acclaimed books for young readers including The Misadventures of Maude March, which was named a Junior Library Guild Selection, a Booksense 76 Pick, a New York Public Library 100 Titles for Reading and Sharing, and a National Parenting Publications Gold Award Winner.

AKILA COULOUMBIS was born in New York and spent his childhood in Greece. During World War II, German officers boarded in the family's parlor. Akila's stories from that time led him to collaborate with Audrey on this book. Akila and Audrey were married for 42 years and have two grown children.

All events will be held virtually until further notice.
END_OF_DOCUMENT_TOKEN_TO_BE_REPLACED