Brian Eno: His Music And The Vertical Color Of Sound (Paperback) 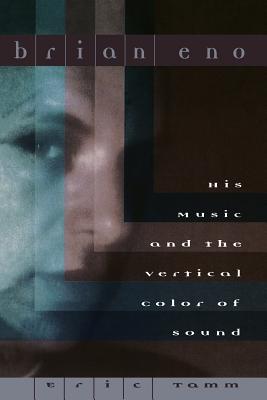 Musician, composer, producer: Brian Eno is unique in contemporary music. Best known in recent years for producing U2's sensational albums, Eno began his career as a synthesizer player for Roxy Music. He has since released many solo albums, both rock and ambient, written music for film and television soundtracks, and collaborated with David Bowie, David Byrne, Robert Fripp, and classical and experimental composers. His pioneering ambient sound has been enormously influential, and without him today's rock would have a decidedly different sound. Drawing on Eno's own words to examine his influences and ideas, this book—featuring a new afterword and an updated discography and bibliography—will long remain provocative and definitive.

Eric Tamm earned his Ph.D. in music at the University of California, Berkeley, and has taught music history, theory, and piano at numerous Bay Area colleges and universities.

All events will be held virtually until further notice.
END_OF_DOCUMENT_TOKEN_TO_BE_REPLACED