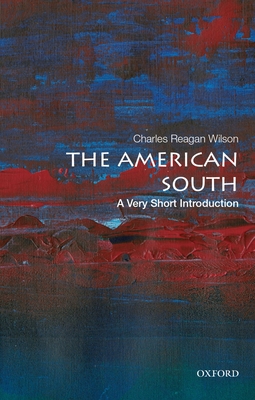 The American South is a distinctive place with a dramatic history, and has significance beyond its regional context in the twenty first century. The American South: A Very Short Introduction explores the history of the South as a cultural crossroads, a meeting place between western Europe and West Africa. The South's beginnings illuminate the expansion of Europe into the New World, creating a colonial slave society that distinguished it from other parts of the United States but fostered commonalities with other colonial societies. The Civil War and civil rights movement transformed the South in differing ways and remain a part of a vibrant and contested public memory. More recently, the South's pronounced traditionalism in customs and values was in tension with the forces of modernization that slowly forced change in the twentieth century. Southerners' creative responses to these experiences have made the American South well known around the world in literature, film, music, and cuisine. Charles Reagan Wilson argues for the significance of creativity in the South, emerging from the diversity of peoples, cultures, and experiences that the regional context fostered. The South has now become the new center of immigration, adding to the complexity of the region's cultural, social, economic, and political life. In this book, the burdens and tragedies of southern history are placed beside the creative achievements that have come out of the region, producing a portrait of a complex American place.

Charles Reagan Wilson is Professor Emeritus of History and Southern Studies at the University of Mississippi. The author of three historical studies and editor of a dozen more, Wilson has organized fifteen conferences and symposia. He served as the director of the Center for the Study of Southern Culture (1998-2007) and the Kelly Gene Cook Sr. Chair of History (2007-2015), and worked extensively with graduate students in history and Southern Studies at the University of Mississippi. He is the editor-in-chief of The New Encyclopedia of Southern Culture (2013), the coeditor of The Encyclopedia of Southern Culture (1989), and the coeditor of The Mississippi Encyclopedia (2017). Frequently interviewed by such media outlets as CNN, the SEC Network, USA Today, The New York Times, The Washington Post, and southern newspapers and magazines, he has been an essayist and reviewer for The Atlanta Journal-Constitution and The Raleigh News-Observer. Most recently, he served as an Obama Fellow atObama Institute of Transnational American Studies at the University of Mainz, Germany.

Events may be virtual or in person. Please see details for each event.
END_OF_DOCUMENT_TOKEN_TO_BE_REPLACED