The Fallen Man: A Leaphorn and Chee Novel (Paperback) 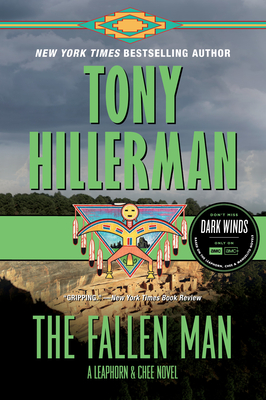 This is book number 12 in the A Leaphorn and Chee Novel series.

Human bones lie on a ledge under the peak of Ship Rock mountain, the remains of a murder victim undisturbed for more than a decade. Three hundred miles across the Navajo reservation, a harmless old canyon guide is felled by a sniper's bullet.

Joe Leaphorn, recently retired from the Navajo Tribal Police, believes the shooter and the skeleton are somehow connected and recalls a chilling puzzle he was previously unable to solve. But Acting Lieutenant Jim Chee is too busy to take an interest in a dusty cold case . . . until the reborn violence of it hits much too close to home.

“Tony Hillerman’s novels are like no others.” — San Diego Union-Tribune

Events may be virtual or in person. Please see details for each event.
END_OF_DOCUMENT_TOKEN_TO_BE_REPLACED