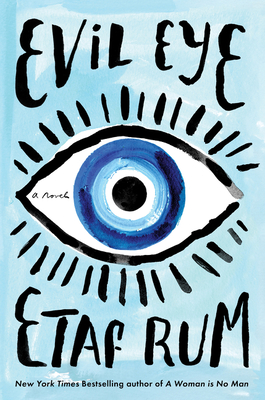 The acclaimed New York Times bestselling author of A Woman Is No Man returns with a striking exploration of the expectations of Palestinian-American women, the meaning of a fulfilling life, and the ways our unresolved pasts affect our presents.

"After Yara is placed on probation at work for fighting with a racist coworker, her Palestinian mother claims the provocation and all that’s come after were the result of a family curse. While Yara doesn’t believe in old superstitions, she finds herself unpacking her strict, often volatile childhood growing up in Brooklyn, looking for clues as to why she feels so unfulfilled in a life her mother could only dream of. Etaf Rum’s follow-up to her 2019 debut, A Woman Is No Man, is a complicated mother-daughter drama that looks at the lasting effects of intergenerational trauma and what it takes to break the cycle of abuse." —Time magazine, "The Most Anticipated Books of the Year"

Etaf Rum was born and raised in Brooklyn, New York, by Palestinian immigrants. She lives in North Carolina with her two children. Rum also runs the Instagram account @booksandbeans. A Woman Is No Man is her first novel.

"Both a love letter to storytelling and a careful object lesson in its power…. A startling portrait of the mechanics of complicity, of the intergenerational pathology of silence.” — New York Times Book Review on A WOMAN IS NO MAN

"Complicates and deepens the Arab American story — a tale as rich and varied as America itself.” — Washington Post on A WOMAN IS NO MAN

“A blistering exploration of three generations of Palestinian-American women, unfolding in lyrical but demanding prose.” — Entertainment Weekly on A WOMAN IS NO MAN

Events may be virtual or in person. Please see details for each event.
END_OF_DOCUMENT_TOKEN_TO_BE_REPLACED