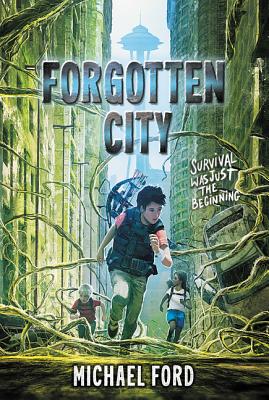 This is book number 1 in the Forgotten City series.

Survival is just the beginning in this action-packed middle grade adventure that’s Mad Max for kids.

Thirteen years ago, the world ended. A deadly chemical called Waste began to spread across the globe, leaving devastation in its wake. Millions died. Cities fell into chaos. Anything the Waste didn’t kill, it mutated into threatening new forms.

Kobi has always believed he and his dad were the only survivors. But when his dad goes missing, Kobi follows his trail—and discovers a conspiracy even deadlier than the Waste itself.

Michael Ford lives in the North of England with his wife, two obedient dogs, and two less obedient children. He writes books for childlike adults and adultlike children.

“[A] tightly and effectively written thriller. This book is sure to infect readers’ curiosity for a sequel.”
— Kirkus Reviews

“Dizzying twists and betrayals page after page; a gripping adventure.”
— Bulletin of the Center for Children’s Books

All events will be held virtually until further notice.
END_OF_DOCUMENT_TOKEN_TO_BE_REPLACED