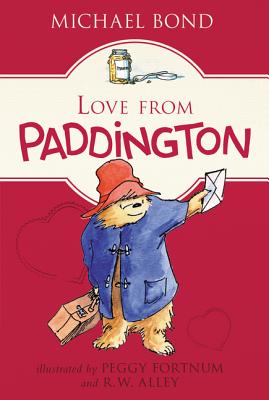 Told through Paddington's letters to his aunt Lucy back in Peru, this novel from Michael Bond offers Paddington's own special view on some of his most famous adventures. From stowing away on a ship to working as a barber, Paddington shares his uniquely charming and hilarious take on the world. Filled with black-and-white illustrations by Peggy Fortnum and R. W. Alley throughout, this novel is a funny celebration of a beloved character.

Michael Bond began chronicling Paddington’s adventures in his first book, A Bear Called Paddington, published in 1958. Fortunately, bears don’t need much encouragement, and Paddington has since filled the pages of twelve further novels, a variety of picture books, and many other projects written for the young at heart.

R. W. Alley has illustrated a number of books featuring Paddington Bear. He lives in Barrington, Rhode Island, with his wife, author Zoë B. Alley.

All events will be held virtually until further notice.
END_OF_DOCUMENT_TOKEN_TO_BE_REPLACED