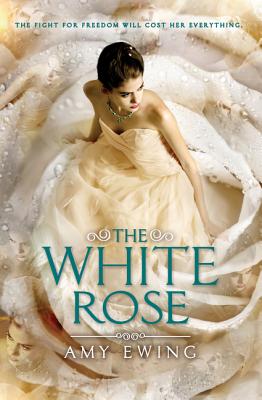 This is book number 2 in the Jewel series.

The compelling and gripping sequel to Amy Ewing's debut, The Jewel, which BCCB said "Will have fans of Oliver's Delirium, Cass's The Selection, and DeStefano's Wither breathless."

Violet is on the run away from the Jewel, away from a lifetime of servitude, away from the Duchess of the Lake, who bought her at auction. With Ash and Raven traveling with her, Violet will need all of her powers to get her friends, and herself, out of the Jewel alive.

But no matter how far Violet runs, she can't escape the rebellion brewing just beneath the Jewel's glittering surface, and her role in it. Violet must decide if she is strong enough to rise against the Jewel and everything she has ever known.

All events will be held virtually until further notice.
END_OF_DOCUMENT_TOKEN_TO_BE_REPLACED