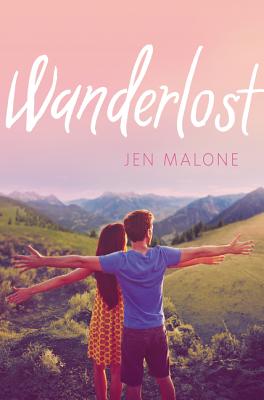 By Jen Malone
Email or call for price.
Backordered

Not all those who wander are lost, but Aubree Sadler most definitely is on this novel’s whirlwind trip through Europe. A romantic and charming YA debut perfect for fans of Stephanie Perkins and Jenny Han.

Aubree can’t think of a better place to be than in perfectly boring Ohio, and she’s ready for a relaxing summer. But when her older sister, Elizabeth, gets into real trouble, Aubree is talked into taking over Elizabeth’s summer job, leading a group of senior citizens on a bus tour through Europe.

Aubree doesn’t even make it to the first stop in Amsterdam before their perfect plan unravels, leaving her with no phone, no carefully prepared binder full of helpful facts, and an unexpected guest: the tour company owner’s son, Sam. Considering she’s pretending to be Elizabeth, she absolutely shouldn’t fall for him, but she can’t help it, especially with the most romantic European cities as the backdrop for their love story.

Jen Malone once spent a year traveling the world solo, met her husband on the highway (literally), and went into labor with her identical twins while on Stevie Nicks's tour bus. Jen is the author of The Arrival of Someday and the YA travel romances Map to the Stars, Wanderlost, and Changes in Latitudes. www.jenmalonewrites.com.

“Sweet and romantic. A light-hearted, heartwarming tale ideal for fans of Stephanie Perkins and Jennifer E. Smith.”
— ALA Booklist

“Malone has written an entertaining journey that teens are sure to love.”
— Voice of Youth Advocates (VOYA)

All events will be held virtually until further notice.
END_OF_DOCUMENT_TOKEN_TO_BE_REPLACED