The Wailing Wind (A Leaphorn and Chee Novel #15) (Mass Market) 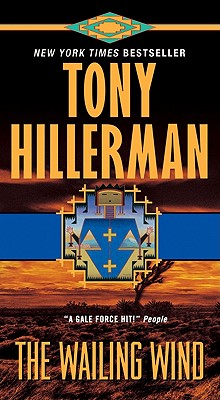 By Tony Hillerman
Email or call for price.
Hard to Find

This is book number 15 in the A Leaphorn and Chee Novel series.

“Tony Hillerman’s novels are like no others. His insightful portrayal of the vast Navajo Reservation, the spirit-haunted people who inhabit it and the clash between ancient traditions and modern civilization that has shaped its present and will determine its future has produced a body of work unique in mystery fiction.”—San Diego Union-Tribune

To Officer Bernie Manuelito the man curled on the truck seat was just another drunk—which got Bernie in trouble for mishandling a murder scene—which got Sgt. Jim Chee in trouble with the FBI—which drew ex-Lieutenent Joe Leaphorn out of retirement into an old crime he longed to forget. Legends of the area’s lost gold mines join the mountains and canyons of the Navajo Reservation as elements of Hillerman’s plot, but this tale turns on an obsessive love and memories of a missing woman’s voice wailing in the darkness.

All events will be held virtually until further notice.
END_OF_DOCUMENT_TOKEN_TO_BE_REPLACED