The Palace of Laughter: The Wednesday Tales No. 1 (Paperback) 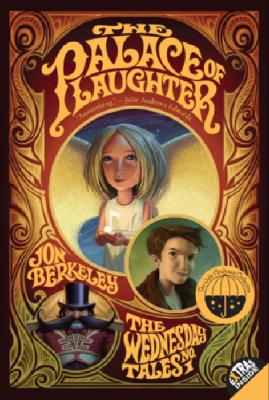 This is book number 1 in the Wednesday Tales (Quality) series.

Miles Wednesday, orphaned, unwashed and living in a barrel, has never been to a circus before—but then the Circus Oscuro is no ordinary circus. There's a strange beast called The Null and an array of sinister-looking clowns, and when an unusual little girl with wings falls from a tower during the performance, Miles's life is changed forever. As Miles and Little embark on an extraordinary journey to rescue two friends who have been captured at the Palace of Laughter, they discover nothing less than the power of friendship and the gift of family.

“It seems astonishing to chart new territory in today’s world of fantasy and adventure, but Berkeley has done just that.”
— Julie Andrews Edwards

“Berkeley weaves painterly details into his depiction of this night–shaded world but also injects an ample measure of humor.”
— Publishers Weekly

“A creative tale of survival.”
— Voice of Youth Advocates (VOYA)

All events will be held virtually until further notice.
END_OF_DOCUMENT_TOKEN_TO_BE_REPLACED