The Palace of Laughter: The Wednesday Tales No. 1 (Library Binding) 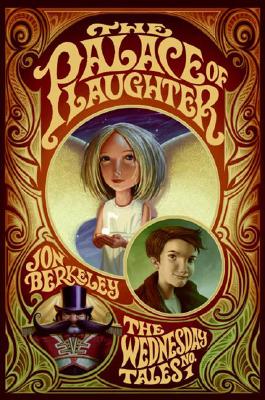 By Jon Berkeley, Brandon Dorman (Illustrator)
Email or call for price.
Out of Print

Orphaned eleven-year-old Miles Wednesday and his companion, a Song Angel named Little, are helped by a talking tiger as they set off to find a missing Storm Angel and Miles's beloved stuffed bear, ending up in a peculiar circus where the audience cannot stop laughing.

“It seems astonishing to chart new territory in today’s world of fantasy and adventure, but Berkeley has done just that.”
— Julie Andrews Edwards

“Berkeley weaves painterly details into his depiction of this night–shaded world but also injects an ample measure of humor.”
— Publishers Weekly

“A creative tale of survival.”
— Voice of Youth Advocates (VOYA)

All events will be held virtually until further notice.
END_OF_DOCUMENT_TOKEN_TO_BE_REPLACED