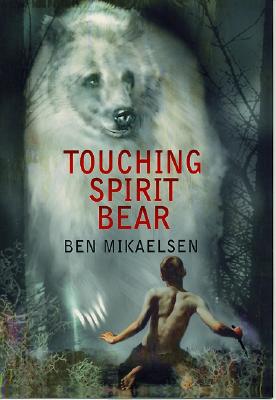 Within Cole Matthews lie anger, rage and hate. Cole has been stealing and fighting for years. This time he caught Alex Driscal in the, parking lot and smashed his head against the sidewalk. Now, Alex may have permanent brain damage'and Cole is in the Biggest trouble of his life.

Cole is offered Circle Justice: a system based on Native American traditions that attempts to provide healing for the criminal offender, the victim and the, community. With prison as his only alternative, Cole plays along. He says he wants to repent, but in his heart Cole blames his alcoholic mom his, abusive dad, wimpy Alex -- everyone but himself -- for his situation.

Cole receives a one-year banishment to a remote Alaskan island. There, he is mauled by Mysterious white bear of Native American legend. Hideously injured, Cole waits for his death His thoughts shift from from Anger to humility. To survive, he must stop blaming others and take responsibility for his life. Rescuers arrive to save Cole's but it is the attack of the Spirit Bear that may save his soul.

Ben Mikaelsen paints a vivid picture of a juvenile offender, examining the roots without absolving solving him of responsibility for his actions, and questioning a society in which angry people make victims of their peers and communities. Touching Spirit Bear is a poignant testimonial to the power of a pain that can destroy, or lead to healing

“An excellent companion to Gary Paulsen’s Hatchet and Allan Eckert’s Incident at Hawk’s Hill.”
-ALA Booklist

"[Cole's] solitary life on the island is just the ticket for Paulsen fans, who will appreciate the survival story."
-The Bulletin

“[Cole’s story] will fascinate young and old, and have everyone waiting for the sequel.”
-Voice of Youth Advocates (VOYA)

All events will be held virtually until further notice.
END_OF_DOCUMENT_TOKEN_TO_BE_REPLACED